DOWNLOAD COOKING WITH A WILD GAME ALL VOLUMES PDF 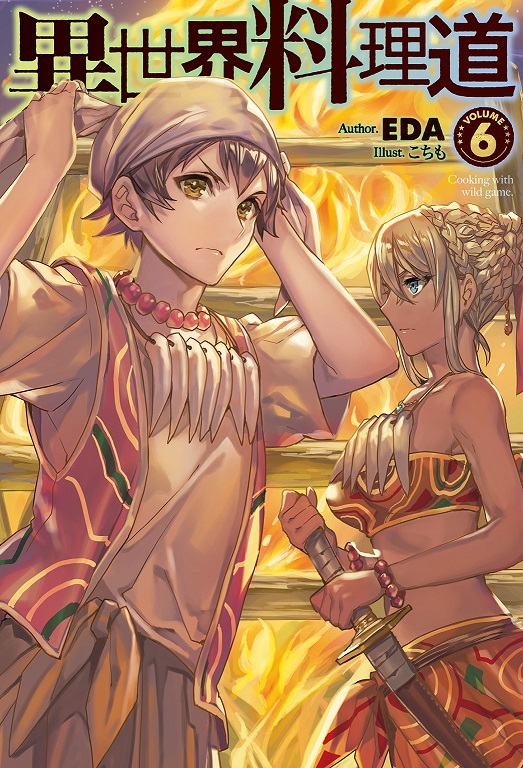 He was working as an apprentice cook at [Tsurumi-ya], managed by his father.
One day a fire broke out in [Tsurumi-ya], for the sake of his father’s cherished knife [Santoku Houchou – the japanese kind] he ran back inside to retrieve it and thus met his end. Before he knew it he awoke to an unknown environment. He was then attacked by a beast resembling a boar but a girl named ‘Ai Fa’ from the [People of Morihen] saved him. It was then that he realized he was really in different world…

I've been waiting months just to read volume 11 and now have also the 12, thank you
Reactions: GOLDENAGATO

Thanks nagato, can you tell me if there's a big difference between this series official version & the previous version, if there's a significant difference I'll reread
Reactions: GOLDENAGATO

Icewraith said:
Thanks nagato, can you tell me if there's a big difference between this series official version & the previous version, if there's a significant difference I'll reread
Click to expand...

Not really. Just the vocabulary used.

When I came to, I found myself inside an unfamiliar forest.
I was lying with my limbs spread out amidst these unknown trees.
"Strange...?"
I propped myself up and surveyed the surrounding with giddy eyes.
This was a forest.
I was inside an unfamiliar forest.
No, I grew up in a prosperous city, so I didn’t have a "forest I was familiar
with" anyway. But this place felt like the Amazon rainforest, and didn’t feel
like Japan at all.
The trees had weird twists and turns.
Giant fern-like vegetation.
Exotic flowers that looked poisonous.
Bird calls I had never heard before.
Layers of leaf canopies blocked out the sky. I couldn’t even tell what
colour the heavens was.
Where the hell am I?

As I came to, I found myself sprawled out on the ground in an unfamiliar
forest.
“Huh...?”
I sat up and took in my surroundings, still in a daze.
Yup, that’s a forest. I was right in the middle of some forest I’d never
seen before in my life.
Well, I was born and raised in a shopping district, so I guess there was no
such thing as a forest I had seen, though. Plus, I couldn’t imagine this sort of
jungle existing anywhere in Japan, anyway.
I could see a huge, oddly twisted tree. There were large palm leaves and
flowers that sure looked poisonous. An utterly alien bird cry rang out from
somewhere nearby. And the foliage above my head was so thick that I
couldn’t even see the sky.
Just where the heck am I?
Reactions: Icewraith

Ok, thanks for the help nagato

Jack the ripper said:
is this a good series?
Click to expand...

Its just ok, nothing special. Read the first volume, you might like it.
Reactions: Jack the ripper and Icewraith

ill try it after i finish a couple important novels
Reactions: GOLDENAGATO

COOKING WITH A WILD GAME VOLUME 8 OFFICIAL PDF LINKED
You must log in or register to reply here.