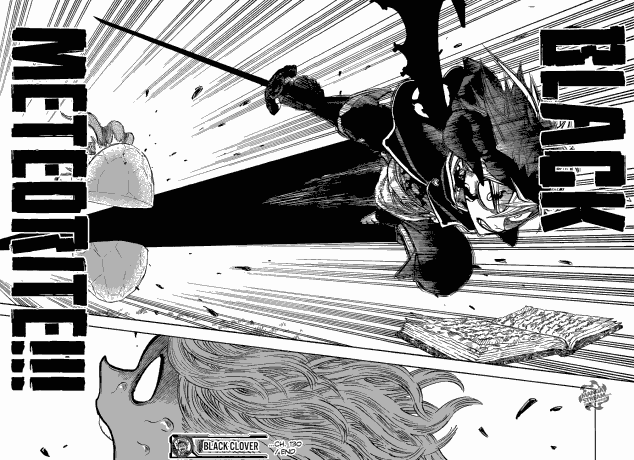 Black Clover 130 has finally been released and it is awesome.
We get to see Asta finally unleash his black mode and destroys Langris Magic crystal.

Langris laughs bragging about how special he is saying anything they try to do would be useless against him then Asta appears in his blackened form.
He tells Langris that he used to admire people like Langris, he goes on to tell him that they became strong in other to fight someone as special as him. Langris is provoked by Asta's statement and tries to attack, but Asta appears before him in a flash negates Langris magic and destroys his magic crystal using "BLACK METEORITE".

A really awesome chapter, I was quite skeptical if Asta would be able to defeat Langris but Asta as proven to be stronger than a vice captain.

CHECK OUT BLACK CLOVER 132 SPOILER HERE
Last edited: Oct 27, 2017
You must log in or register to reply here.