The Emperor tells them their fight will still occur but within the rules of the ongoing tournament.
We also learn the reason behind the tournament is to reveal the traitor amongst the magic knights who is helping the eye of the midnight sun without even Realising it. 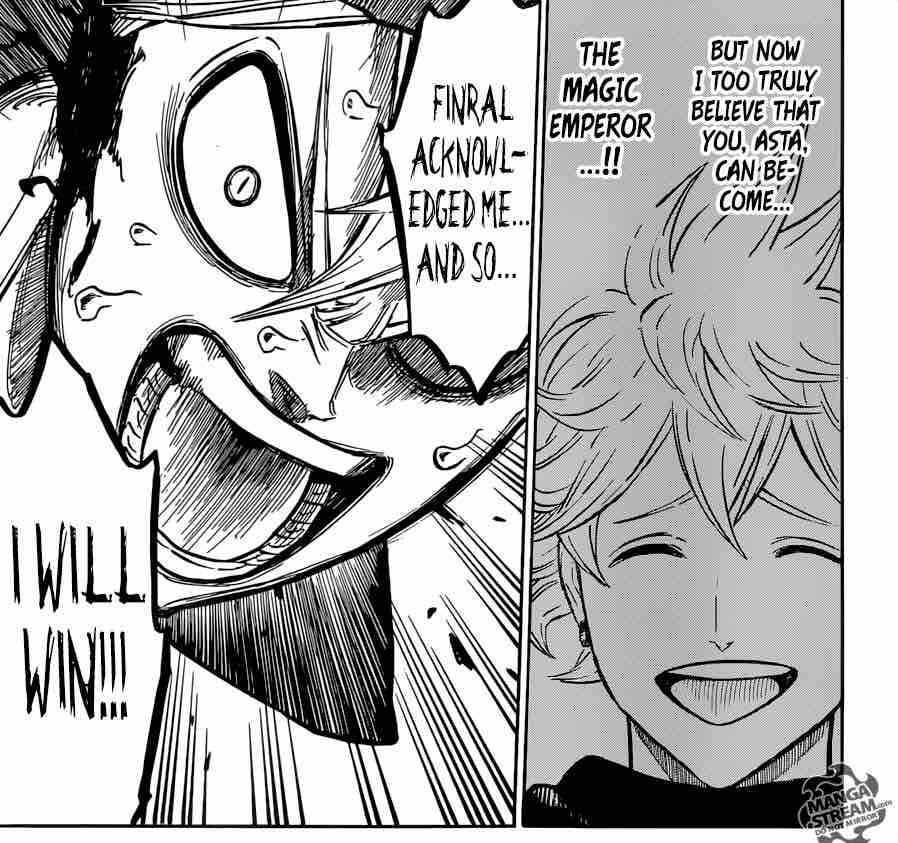 Asta's team start their battle against Langris team and he mentions he won't lose because Finral acknowledged him.

A nice chapter can't wait to find out who this traitor is, it will probably be Asta and not Langris.